What If I Told You That It Doesn’t Have to Make Sense?

“The one thing that really holds Logicians back is their restless and pervasive fear of failure. Logician personalities are so prone to reassessing their own thoughts and theories, worrying that they’ve missed some critical piece of the puzzle, that they can stagnate, lost in an intangible world where their thoughts are never truly applied.” (16Personalities.com)

Any other MBTI nerds out there?

I took the Myers-Briggs test, or at least a lite version of the test, and came up as an INTP about two years ago. It still fascinates me how accurate the test is for me and those in my life, and it’s helped me embrace or at least better understand traits of mine that I used to hate.

Researching and analyzing may be something like a hobby for me, but sometimes it hinders rather than helps. Case in point – writing. Actual screenshot of my current published posts vs draft post count:

Progress, not perfection. Every post that I publish is one more “screw you” to that voice in my head that tells me to give up. It tells me that I’m just rambling to myself, and everybody is uncomfortably sympathetic with my obvious attention-whoring. I obviously pander for attention, otherwise why have a blog at all?

I’m not completely off the mark with that. Hello, I’m only human, and I want to be liked. I want to be part of changing the world, and when the world is changed, I want my name somewhere in the credits. I, I, I, I, I. Me me me. The never-ending human condition of “me”.

What holds us back?

When the credits roll at the end of a movie, I think how cool it must feel to some of those people. Maybe it was somebody’s first “big” job, and they watched the movie with their family. Everybody cheered when they saw their relative’s name scroll across the screen in the end credits.

I believe that there’s a reason that we feel this way, and it’s not all bad. Taken too far though, it can get pretty rotten.

Perfectionism is just another control issue. It convinces me that if I say the exact right thing in the exact right way, it will change somebody’s life. I will get to be part of that life change, and therefore I will be an awesome person. It will make up for all of the crap I did in my past, and everybody will live happily ever after.

Addiction is rooted in my life in multiple forms. When I was a teenager, it was an eating disorder. As I had children and grew a business, the obsessions changed. None of it has to make sense. I don’t have to dig into my childhood to find exactly what made me like this. Research is what I naturally do when I’m frustrated with something, and that helped me get sober, but I don’t have to put every single puzzle piece in order.

When I don’t give my concerns to God, the world weighs me down.

If I pause to breathe, everything could crumble around me. At least that’s what I think when I’m not letting things go. The analytical side of me wants to pull some gloves on and approach my past with a scalpel, microscope, and goggles. There’s no point, though. Ultimately, it wouldn’t fix anything.

This is one of the most valuable lessons I learned in therapy. My therapist was awesome, and she worked me with me on the whole “inner child” thing. When I was feeling unsettled, I would stop and “talk” to my inner child. It sounds pretty silly and woo-woo to type it out like that, but it’s really not much. It’s nothing more than focusing in on what she might really be needing, but not voicing. 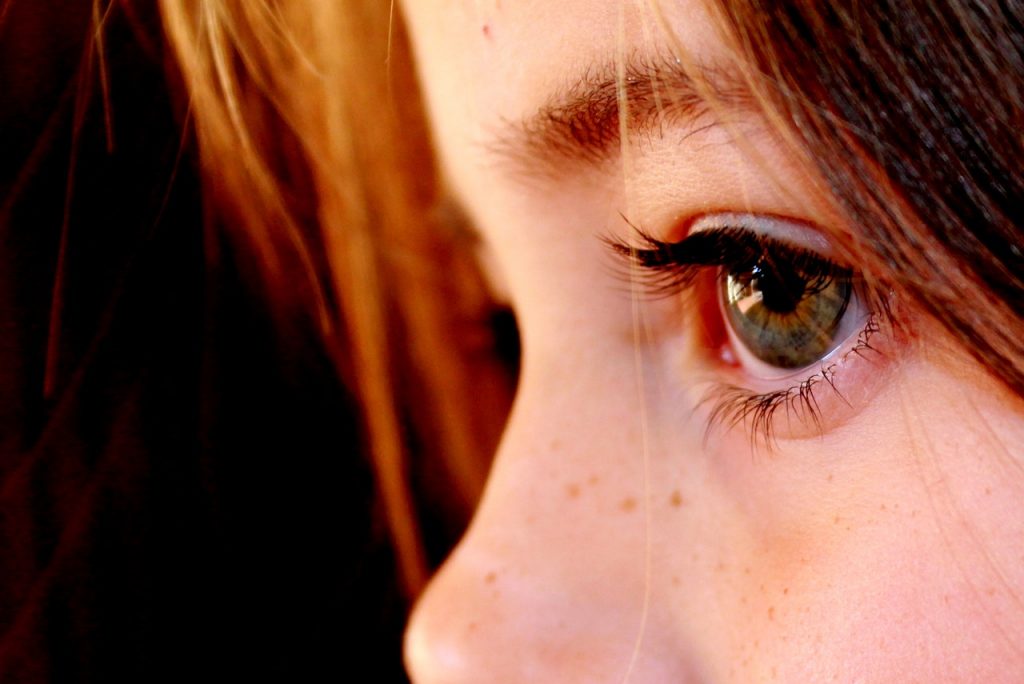 My fear shows up as irritation and anger a lot of the time. My loneliness shows up in isolation and clinginess. It’s easy to blame everybody else around me for my own emotions and actions, but when I take responsibility for myself, magically all of those issues become far more manageable.

You’ll notice that I didn’t say, “When I understand why I am the way that I am.” Nope. It doesn’t matter nearly as much. Stopping to take responsibility and make a change is what really matters. Over-thinking leads to justification, and justification leads too close to relapse for me. Relapse leads to pitiful and incomprehensible demoralization, according to the Big Book of Alcoholics Anonymous. I’d rather not test it out.

Instead, I can only do the next right thing.

Today, that’s writing this post and hitting Publish. It’s getting my kids to school on time, and myself to work. That’s all I need to worry with at the moment. It’s a beautiful thing.