We Will Not Regret The Past – Really

“We will not regret the past nor wish to shut the door on it.”

Even as my eyes struggled to open, waves of regret would start crashing against my entire body. Oh, my God. Ugh. Ugh ugh uggghh.

In 2013, I even took blurry hungover selfies. Good grief.

Shame and regret were so familiar to me, I didn’t even recognize them as emotions separate from who I was as a person. It was just a mess of chaos. Looking back, I can pick out the shame, the regret, the fear, the anxiety. At the time? Not so much.

Drunk stories stopped being cute. When you’re approaching 30, it’s no longer cute to get blackout wasted on a Tuesday night at the local pub.

But hey, who cares if it’s cute. Why should that matter? It’s my life. I’m not hurting anybody with my drinking, right? See, I get a babysitter. I call an Uber. No drunk driving for me. No drunk parenting for me. My kids are my world. As long as I have my liquor.

My daughter woke up while I was drunk more than a few times, and I would have to get her back to bed. I often say that my kids never saw me drunk, but I should clarify that statement: they never realized I was drunk. They were too young. I justified it because I was never alone with them while I drank. Somebody else was in the house, either their dad or a babysitter. As long as at least one sober adult was present, I could get completely shitfaced and that would be fine. I was a responsible mom, you see.

Alcohol made me more fun. More relaxed. I could be silly, playful, the person I always wanted to be.

“You can’t handle life without me.”

That was the most damaging: that I could not handle anything uncomfortable without some liquor running through my body. Lies, lies, and damn lies.

Two years without a drop of alcohol, and here I am, handling uncomfortable things every single day.

There were always macro-regrets and micro-regrets. Did I forget to tip the bartender? Or did I over-tip in the name of drunken generosity, and now I’m overdrawn? Where is my phone? Ugh, I’m going to be so hungover today. Don’t the kids have a birthday party to get to later? Groan.

The big regrets were less frequent until my drinking became a real problem in my daily life. I wasn’t a daily drinker, but by the time it was firmly rooted in my psyche, I was always either drinking, emotionally and physically recovering from the effects of a binge, or anticipating the next time I was going to get to drink.

Those regrets started to pile up. Who was that person? I could have died last night. Did I really get into a car with total strangers just to go to the next bar? Thank God they weren’t “those” kind of men. Rushing to get ready for a job interview, hungover and miserable. Rushing to get back to my house before visitation with my kids. Always running. always afraid.

A lot of people say that drugs are bringing young people into the rooms of 12 step programs a lot sooner than alcohol does on its own. Alcohol tends to be more of a slow death for most people, at least from observation alone. Maybe it would have been the case for me if God hadn’t stepped in, but all I know is that I went full-out.

“Wine is fine, but liquor is quicker.” Get drunk, fast. If I wasn’t already buzzed by the end of the first drink, why wait? Order another round. And another. Let it all hit at once. Pile the regrets up and toss them into the trash every morning.

Even after I got sober, I used to wallow in regret for all of my past mistakes.

It can still sneak up on me, especially when it comes to my children. It’s easy to beat myself up, tell myself I’m a waste of space and should just give up now because I’ll never do enough good things to make up for the terrible things I did in the past.

That’s where working the 12 steps with a sponsor, journaling, and lots and lots of reading and prayer have helped me out. I don’t have regret anymore. Not that kind of regret, anyway. It does no good. The past is done. The future is still in process. Today, we have work to do.

Sometimes (a lot more often than I can easily admit), I’ll screw up. I’ll snap at my children or husband, or I’ll refuse to be a team player, among other character defects. For all my recovery work, I’m still human. When I spend the morning stomping around and griping too harshly at the kids to get ready for school, I feel that regret after they leave.

“Step 10. Continued to take personal inventory, and when we were wrong, promptly admitted it.”

Promptly admitting when I’m wrong is probably the single hardest part of ongoing recovery work. It’s much easier to sweep my crap under the rug and move on. So what if I snapped a little bit, I’m having a bad day. Why should I apologize for forgetting to call that person, when I promised to call them? They should have known better than to add one more thing to my to-do list. I’m really good at wiggling out of personal responsibility, but I’m also oddly good at taking on responsibility for crap that isn’t even in my control.

We try to control all the things we can’t control, while we ignore the things that we can actually change.

Crazy, isn’t it? Obviously, it’s easier to sit and stew than it is to do the work we need to do on ourselves. We can make excuses for our behavior if we can convince ourselves that we aren’t responsible for anything. It eases the guilt, the shame. For a time. I’ve learned that those feelings will still make themselves heard at some point.

Recovery is humbling. It’s hard work. And it’s always worth it. Life is better without regrets. 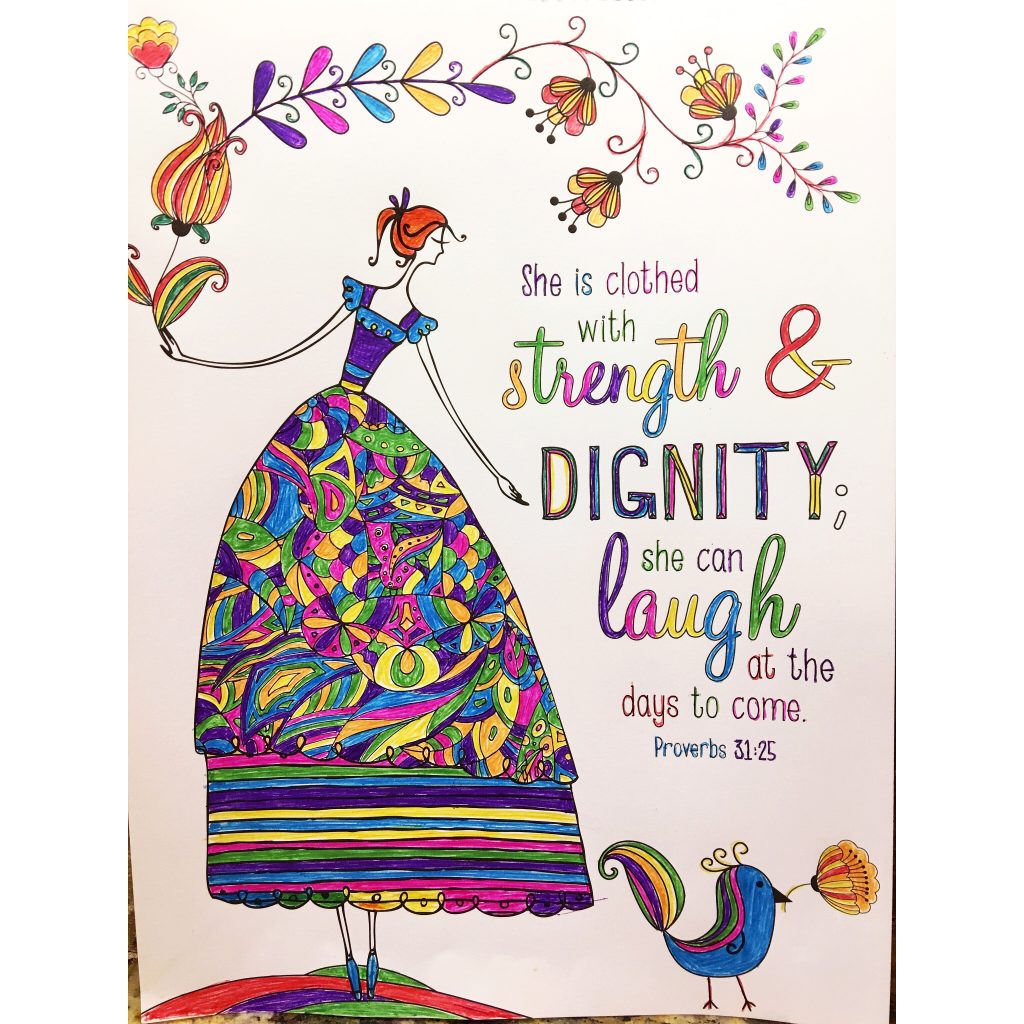 The truth set me free.

There are no secrets anymore. Literally, no secrets. Some people, my children included, know way more than I’d like. But – that’s ok. It’s all out there and the freedom is indescribable.

I recognize when I want something, and when I don’t, and I can act accordingly.

For whatever reasons, I used to do things I didn’t even want to do. Now, I say no a lot more. I also say yes a lot more, to the right things.

I’m comfortable being me. Weird, quirky, spazzy, anxious, and sentimental, I’m ok with all of it.

Seriously, I no longer feel the need to prove myself to people who don’t “get” me. I’m polite, I’m friendly, but not everybody has to like me. It’s ok.

Life is simply too short to wallow in regret and fear.

Step up. Step out. I got sober so that I could have a chance at a real life of meaning, not just make it through the weeks to each weekend. We have one life, and mine was slipping away. Life is too short for that. It’s too short to care what somebody thinks about the fact that I write publicly about my drinking problem. And it’s definitely too short to wait on pursuing my dreams, with God’s full guidance.

It’s just too short. The past is there as a lesson and reminder for me, the future is unknown, but right this second I am alive. All the time, the present moment is all we ever have. Life flies by too quickly to spend it focused on the next biggest thing, rather than also appreciating and reaping the rewards.

Alcohol Is Feeding Our Anxiety, Not Calming It
Why I’m Happy to be Angry

!
!
Count me in!
Something went wrong. Please check your entries and try again.
Posted in Anxiety, Recovery