Slow Down and Listen to the Voice of God

Sometimes, God’s voice sounds like an elderly man at a coffee shop. 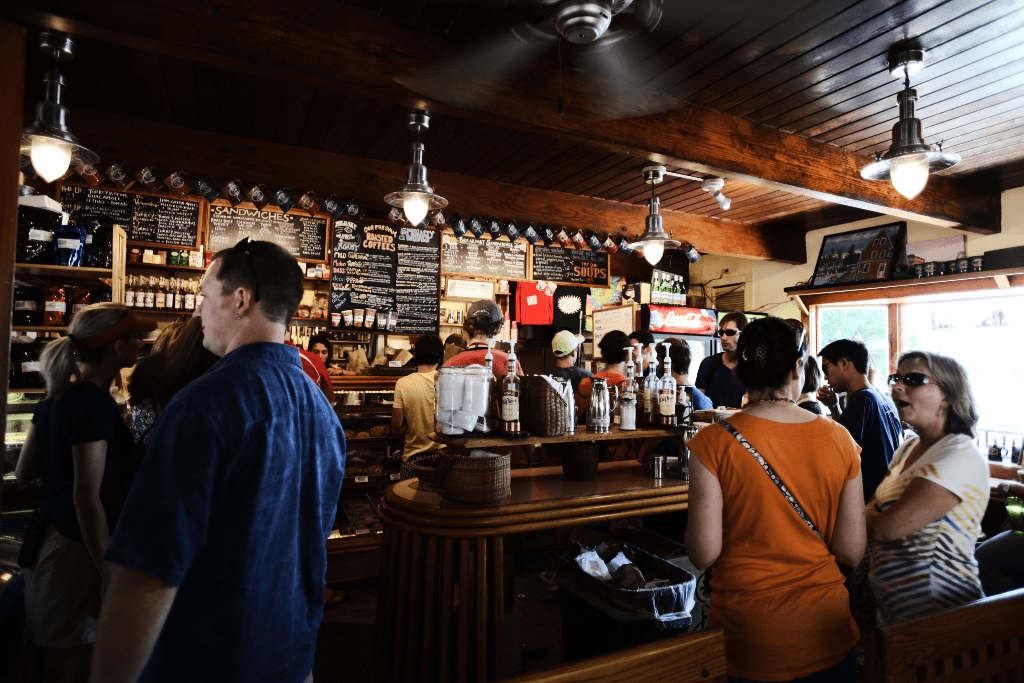 Today, I had a meeting with a friend to talk about building a website for her business (one of my top 3 favorite topics). Toward the end of our chat, with our notepads out and pens jotting quick reminders to ourselves, an older gentleman in his 80’s walked up to our table.

“You two had better not be studying!” he said with a chuckle. We both glanced up and laughed as we assured him that we were working, not studying (as if that made it better, I have no idea how). He started talking about his time teaching at a local community college, and other interesting tidbits. After a few minutes, he moved to a nearby couch, and we got back to our conversation.

15 minutes later, we finished up, and my friend headed out the door. I stood up to throw away my cup and get ready to leave.

“Wow, you are a lot taller than I thought you were!” said the older man with a smile as I started to move past his couch.

He laughed, and I politely continued moving through the tables. From behind me, I heard him start to say something else, so I turned back.

I heard the voice of God. “Sit down and talk,” He said, “Nothing else is more important.”

The man continued to talk as I settled down on the couch. His hat sat in front of us on the table, decorated with “Korean / Vietnam Veteran” patches, and the coffee in the white mug that he held looked dangerously close to sloshing out as he spoke (it never did). 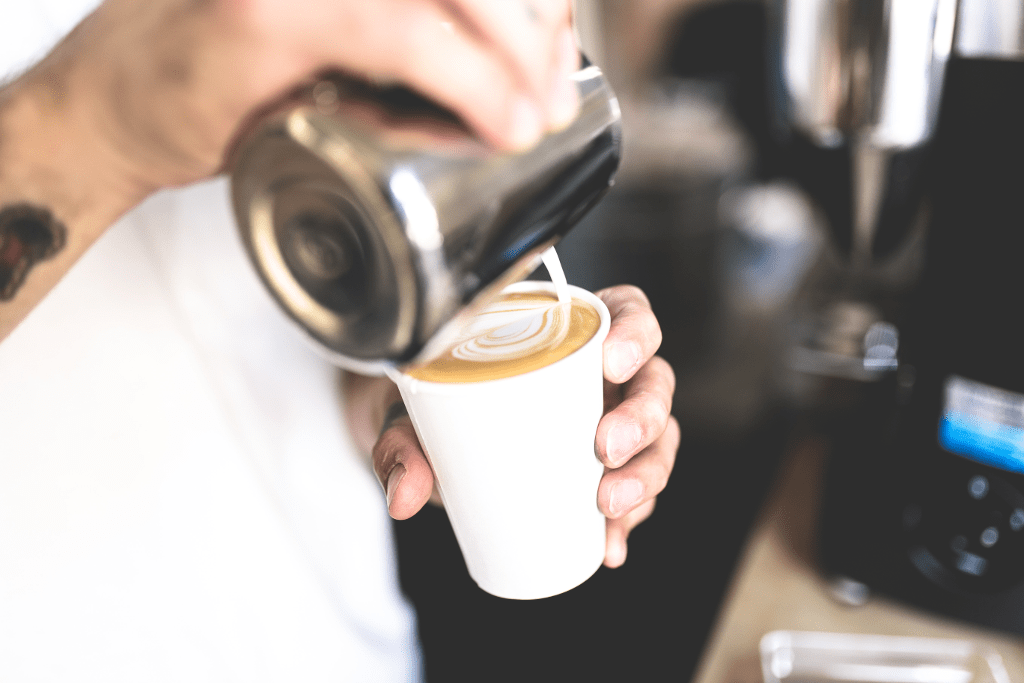 His name was Mr. Davis.

“My arthritis used to hurt me so badly. But now I have cadaver bones in my knees, do you know what those are?” [I confirmed that I did] “Well, that’s what I got put in these here knees. They said they were going to cut my legs off, and I said oh no you ain’t! Then another doctor told me that he could put in cadaver bones. I don’t feel any more pain, it’s amazing.”

He talked about his wife, who had passed away 12 years prior, and how wonderful their marriage was. “I was wounded twice in Vietnam. I’m only alive here today because of my wife. I’m a Christian, and my wife is a Christian, and she prayed for me the entire time I was over there. I know that’s why I came back alive.”

One of the reasons that he visited the coffee shop and other places often was to keep his mind sharp, he said. When people get old, they let their mind go. You have to work to keep it sharp, and one of the ways to do that is to get out and about and talk to people.

“Sharp” is only one of many ways to describe Mr. Davis. He was observant, thoughtful, interesting, and caring. We spoke about his children, PTSD, growing older, God, God, and more God. This man was filled with God in everything he said and did. His love and belief was positively radiating, even though he was calm and quiet the entire time. I had to strain to hear a lot of what he said, and it was worth the effort.

“I can’t remember the verse offhand, but I know there’s a verse that talks about praying for what you want. So I was praying to God one night in the old folk’s home where I live, I said ‘God, I want to live for you and serve you in everything I do. Please let me live long enough to witness and serve the people here who are going to die soon.’ And that’s what I do. I pray and talk to people about the Lord.”

He went on to tell many, many different stories. Listening to Mr. Davis talk was like listening to multiple people’s life stories all in one sitting.

I heard about a young man who was dying from drug abuse, and his pain being removed after prayer.

He talked about a man who refused to discuss God until one day when he was leaving the “old folk’s home” to go home and die from late-stage cancer in his own home with his family. At that point, he wanted to talk about it, and he prayed. He died the day after he returned home, and his daughter (who is a Christian) called to thank Mr. Davis for talking to him.

Those are only two stories out of many. Young men. Old men. Young women. Old women. Meeting his wife. His wife’s cancer experience. His son’s struggles with addiction, and how many years they prayed for him, thinking he would die. He did die, but not before getting clean. His daughter’s business in a nearby town. So much ground was covered in just an hour, and it felt like 5 minutes at the same time.

Jesus’ hand was present in every single part of his life, and he was thankful.

The running theme throughout the entire conversation was clear: how thankful Mr. Davis was for God’s love and guidance. He spoke about Jesus as naturally as I talk about my husband in conversation. I didn’t talk very often, because I enjoyed listening to him talk. Instead, I asked questions, listened, and asked more questions. I wanted to know everything that he wanted to tell me.

After about an hour, I reluctantly said that I should get to work. I asked if we could pray before I left (after a conversation like that, it was only natural). He grasped my hand and prayed. I didn’t expect him to pray over me completely, but he did. He prayed for guidance, open doors, and so many other things for me and through me that I lost track. He praised God for me.

I experienced God on an old couch in the coffee shop on a Thursday morning. It was incredible. It was not an emotion, it was a knowing. Not a fleeting feeling. A relationship.

When he finished praying, there were tears in his eyes. I had managed to keep it together fairly well, but the next thing he said almost compromised my composure for good.

“There is a calling on your life. I can see that God is working in your life.”

Ack. I bit my lip and looked out the window to keep from crying. After a moment, I told him that I believed this as well, and that the last few years had been a rollercoaster, but I was back with God. He nodded, “I can tell.”

I left that coffee shop a changed woman. I walked into that shop saved and a daughter of God, but I walked out of that coffee shop with a higher level of understanding of who God is, and how close He truly is at even the smallest of moments.

Our conversation was about life, love, and loss. Not how to be saved, or theology. We spoke about birth, marriage, addiction, prison, grandchildren, sickness, and death. That is where God spends His time. 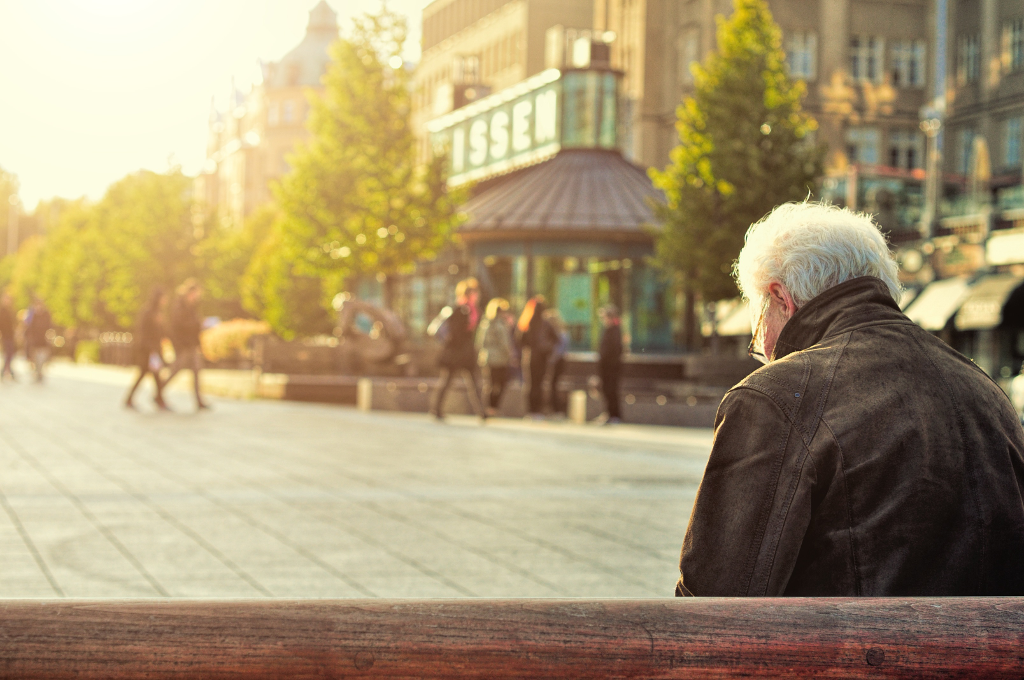 The quotes in this post are not direct quotes, but they are as close as I can remember. I wasn’t interviewing or planning to have a life-changing moment, that’s for sure.  I’ll be visiting with Mr. Davis again soon, and my husband will get the pleasure of meeting him as well.

God reached down at a time I least expected and told me to sit down and listen. How many other moments like this do we miss? How many times have you felt a pull to talk to somebody, or ask how somebody is doing, and change your mind? Don’t change your mind.

Say yes to the God moments.

Clear your mind and be present. Not every moment feels goosebump-y and amazing like this one did. Sometimes it may be a moment for somebody else, and not for you. That’s ok. Just be there, and be ready.

!
!
Count me in!
Something went wrong. Please check your entries and try again.
Posted in Spiritual Lessons