Staying Sober For The Ones Who Suffer

Years ago, a friend of mine shared out of the blue that she quit drinking. She joined AA and started writing about it. At the time, I was still drinking and joking about the frequency like any other overwhelmed mom (I thought).

I never knew anybody in my life who quit drinking.

You either drank or you didn’t, and those who abstained simply weren’t fans of it or didn’t drink for religious reasons. I 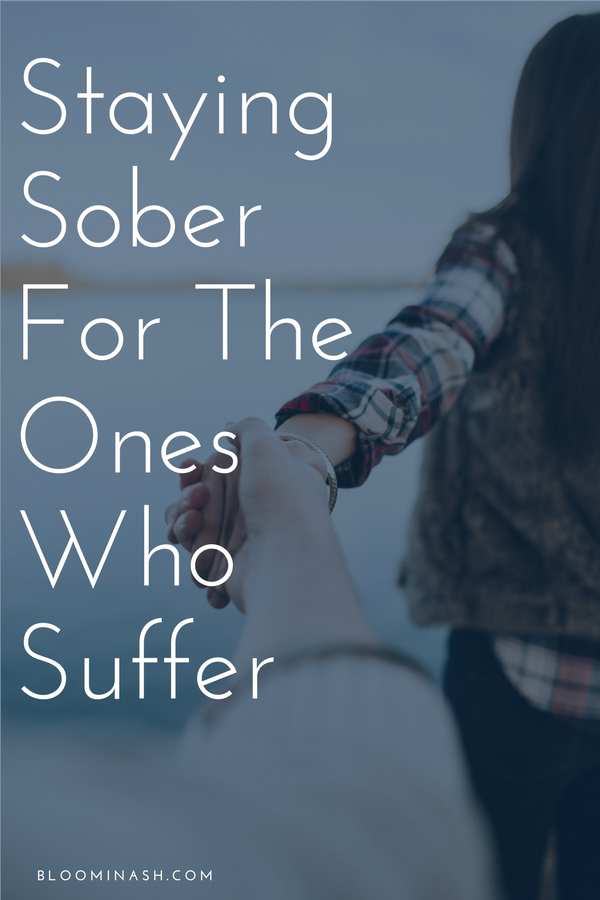 didn’t know anybody who drank like I did, and then quit. She was my first introduction to the idea that it was even possible.

Two years later, I shared in a private group (that she was also part of) about my concerns about my own drinking.

“I see this going nowhere good for me. It’s not a positive, it’s not even a neutral. It’s almost always a negative, in some form or fashion. Every now and then, I can finish the night with just 2-3 drinks. That’s not the norm, though. It’s usually more, and I pay for it one way or another.

I carry a lot of shame. I am ready to find myself again, to know what I’m capable of without the interruption of alcohol on my brain. I don’t expect to be a completely different person, or all of my problems disappear, but I do expect positive things. I guess we’ll see.”

In some of that writing, I also said that I didn’t think I was an alcoholic. I wasn’t physically addicted to alcohol. I could go a week or more without drinking if I had the kids or other things going on, so I wasn’t an alcoholic. Of course, I couldn’t remember the last time I actually did go over a week, but hey. Minor detail. Right?

Her response helped me so much (emphasis added by me, I’m copying and pasting these as-is):

“Alcoholics aren’t just physically addicted. It’s the mental obsession. Most people don’t have a relationship with inanimate objects like alcohol. Not to say you ARE an alcoholic.. Just not to dismiss the title out of fear or preconceived notions of what it means. Not all of us live under bridges.
I’m here if you want to talk.”

For some reason, the bridge comment jumped out at me. That’s what I had been thinking, and I didn’t even realize it. To me, an alcoholic was somebody who drank all the time, as soon as they could, and fell asleep drunk every night. That wasn’t me. When I started reading more about binge drinking, problem drinking, and sober women, my world opened up.

To someone who still suffers, your sobriety could be a lifeline.

Would I have quit if she hadn’t? I hope so. I hope that God would have seen fit to rescue me in some other way, but all I know is what actually happened. Her comment isn’t what made me decide to quit, but the fact that she was still 100% alcohol free and sober almost two years (I think) at that point is what showed me that it was possible.

I read her journey, and I saw myself in parts of it, but I ignored those parts for a long time. When I was finally ready to face them, she was still sober. 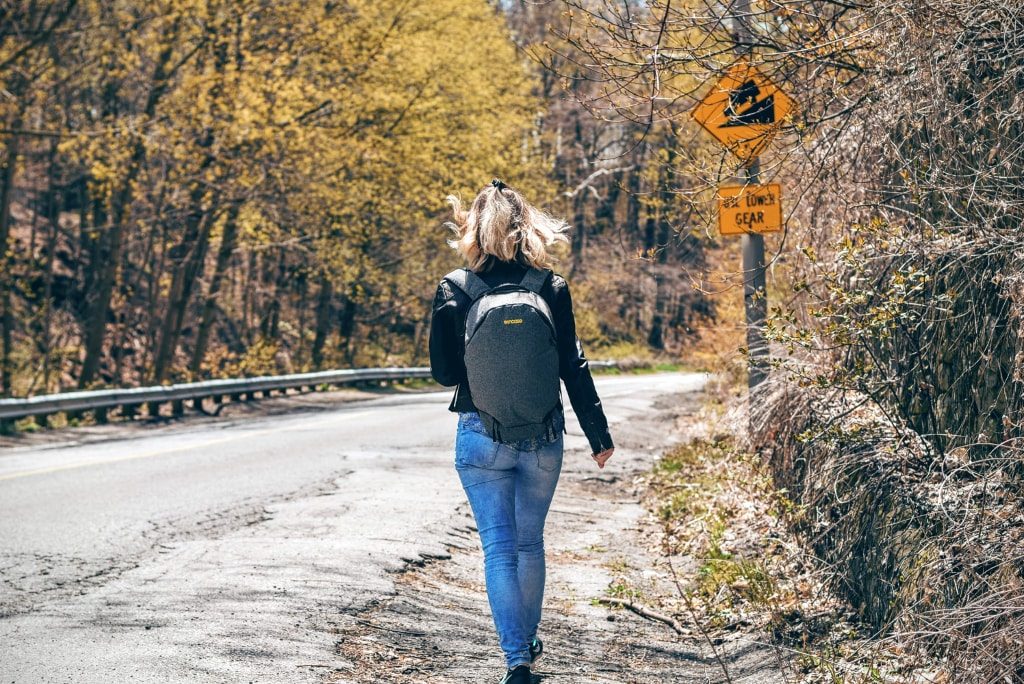 If she had relapsed before I quit drinking, I really think that I would have felt hopeless. Sure, I might have still reached out for help, but more than likely I would have continued the cycle for a lot longer. What’s the point in quitting if you’re just going to drink again at some point? That’s how my brain works, not saying that’s how things actually work. I’d already unsuccessfully tried to moderate. After one drink, I mostly lost the motivation to continue being careful.

None of us can be put on a pedestal as some kind of Sober Superhero, as a person who can never fail. We are no superheroes. I look up to a lot of people who have long term sobriety, but I am aware that at any point, any of them could drink or use again. Obviously, I hope and pray that never happens for their sakes, but it could. It could happen to any of us. My sobriety is not dependent on somebody else staying sober, otherwise I wouldn’t make it.

We don’t know who is watching us to see if sobriety is even possible.

We don’t know who may be out there, still drinking and/or using, still hopeless, but dabbling with the idea of quitting. Somebody out there could be trying over and over to quit on their own willpower, and failing.

It isn’t our job to be the hero, but we can carry the message to those who suffer. Not to convert, but to be there to provide hope.

I don’t know if I would have gotten sober when I did, if it wasn’t for her example. Maybe God would have found another example for me, but I watched her for two years. I saw her go from drinking exactly like I did, to not drinking at all. I was happy for her, but I didn’t think it was something I needed to do…until I did. And when I did, I trusted her guidance because not only had she been where I was, she was successfully sober and happy to be sober.

Sometimes, the only thing that keeps me sober is the not knowing who might be out there. I don’t believe that I would be the reason for somebody else to quit drinking, but I do know the power of example from my own experience. I don’t do this on my own strength. I’m happy in my sobriety, but I struggle sometimes. When I’m really struggling, it helps me to remember that I’m not alone, and there is a purpose in every struggle.

The 12th step of Alcoholics Anonymous says “Having had a spiritual awakening as the result of these steps, we tried to carry this message to alcoholics, and to practice these principles in all our affairs.”

To me, that means living an example, sharing my story, and, well, practicing the principles of recovery in all my affairs. 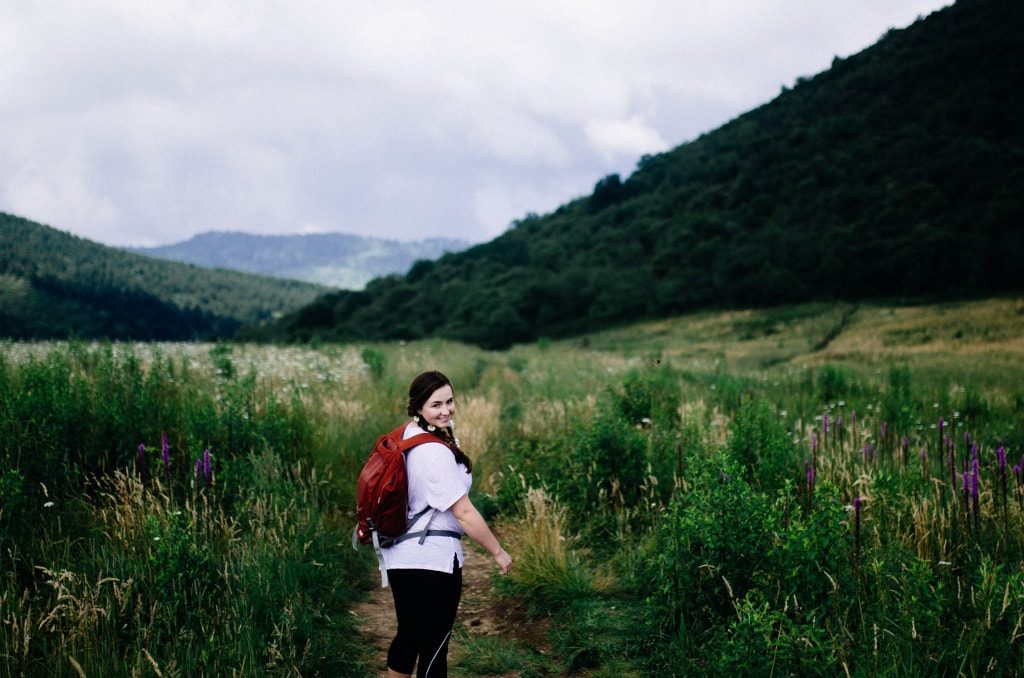 What does it mean to you, if you are sober? Whether you are part of AA or not, service seems to be a key point in sobriety. How do you live sober every day, if this applies to you? If this doesn’t apply to your situation, what trait do you admire in others, that you hope to gain yourself?

Dear Self: Read This When You Want a Drink

What To Do When Sobriety Gets Boring?

How I Stayed Sober for The First 30 Days