It’s Ok To Get Tired of Recovery – I Hope

It gets kind of old talking about recovery sometimes.

I should be cured, you know? Why do I have to think about sobriety and recovery and one day at a time and let go and let God and serenity and surrender so. damn. much?

I don’t often write too publicly when I’m in this mood. I might post on Instagram, or talk about it on IG stories, but that feels temporary. The stories disappear in 24 hours. I can pretend it’s over. But here I am, angry that I still have to do things, apparently. And I’m going to just write like I’m thinking, because my head is a mess and maybe exposing this mess will help somebody.

All I can do is try to help somebody in whatever way I can. Supposedly, that helps people like me stay sober. This is where the sponsorship model is a lifesaver. It’s not just for the sponsee, it’s for the sponsor.

For now though, I’m relying on God and this little text editing box.

I get like this sometimes, but it always pisses me off. It sucks to fight your own brain so much, and I logically know the things I could and should do to make this better. I write about the tools, I use the tools, I reach out, I surrender, and then I take it back. I give up control, and then I wrestle control back.

Self-awareness is a weird thing. I’m sitting here looking right at these simple steps that I can follow to feel better, and yet….me:

(It’s not really that hard!)

I get busy sitting around talking with Me, Myself, and I too much, and the 3 of us are freakin’ stupid together sometimes.

The only reason I’m sober today is because I stopped listening to Me, Myself, and I, and instead listened to different suggestions from sober people.

That’s it. If I’d continued sitting around talking to myself, reasoning with myself, trying to “will” myself into moderate or healthy (LOL) drinking, I’d probably be blacked out right now, and last weekend, and the weekend before that.

No way would I be approaching 30 months sober, that’s all I know. When left to my own devices in the dark, I’m a complete mess. This isn’t me hating on myself, it’s just an acceptance of the noise and stress that happens in my brain most days. I believe in self care, self love, positive affirmations, all of that. I also believe that I can, and frequently do, lie to myself. One of the major challenges of my sobriety has been weeding through my own bull.

There is a real me and a true voice in there, and finding that is the real work sometimes.

Let me tell you what Me, Myself, and I have been saying this week and last week, a lot louder than usual because I’ve been feeding the beast with my own negativity. I’m sure this sounds familiar to at least a handful of you.

One night of drinking is just ONE NIGHT in almost 30 months, that’s serious progress!

I could just take a month “off” of recovery. I can start over. I can take a break from this and just be normal for a few weeks.

I probably just drank so much because I didn’t know any better. I know better now. I could just drink here and there like I used to.

Ugh, why did I start a blog about recovery, of all things? I wish nobody ever knew I quit drinking so I could just go back to it without freaking anybody out.

This whole daily recovery thing is too much. I need a break from it.

That’s it. Done. I’m done. This is too much. Drinking may not help, but everything sucks anyway so who cares.

Rescue me. Take this feeling away. I don’t want to work. I just want the benefits of the work. I want things to change without changing anything.

I don’t want to deal with my problems, I want somebody to just take them away. I don’t want to work, I want to skate through life and stay happy and fulfilled with minimal effort. It’s hard to admit that out loud, but it’s the truth. I get aggravated that nobody is swooping in 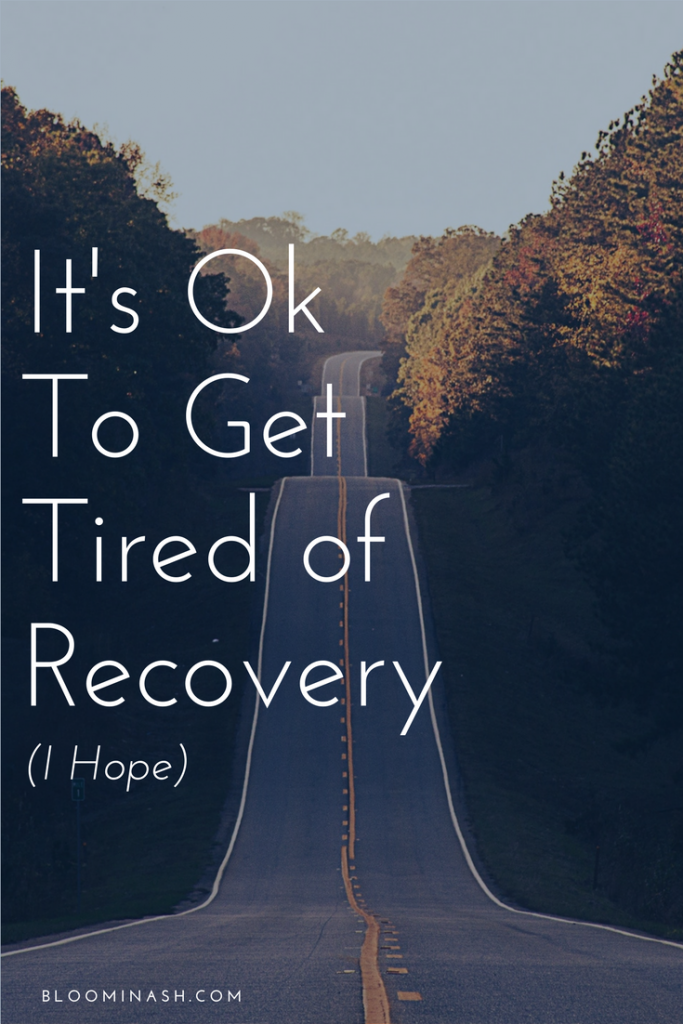 and making everything easier for me.

Sometimes, my brutal honesty with myself can look like self-deprecation, but it’s not. At least, I don’t think it is. I’m committed to unearthing all of my BS, even when I’m refusing to do something about it.

I’ve written about my struggles in this area before, and this isn’t all that different from my feelings in that post. There is a lot more to my recovery than just writing gratitude lists and not drinking. I’m procrastinating like crazy on some of that work. I’ve put important parts off for months, and I keep making excuses.

Simply not drinking isn’t an instant fix for many of us. There are different kinds of drinkers, non-drinkers, alcoholics, moderate drinkers, basically humans of all different types. I’m not here to talk about anybody else’s path, though. Mine requires work. Sometimes that work is easier than it is other times.

This month, that work has felt like dragging my nails down a chalkboard, or trudging through a flat, miserably desert. It hasn’t been fun, and I haven’t really done a lot of work. I’ve been surviving, and sometimes that’s all I can do.

Sometimes, survival is enough and sobriety is just going to bed without drinking. 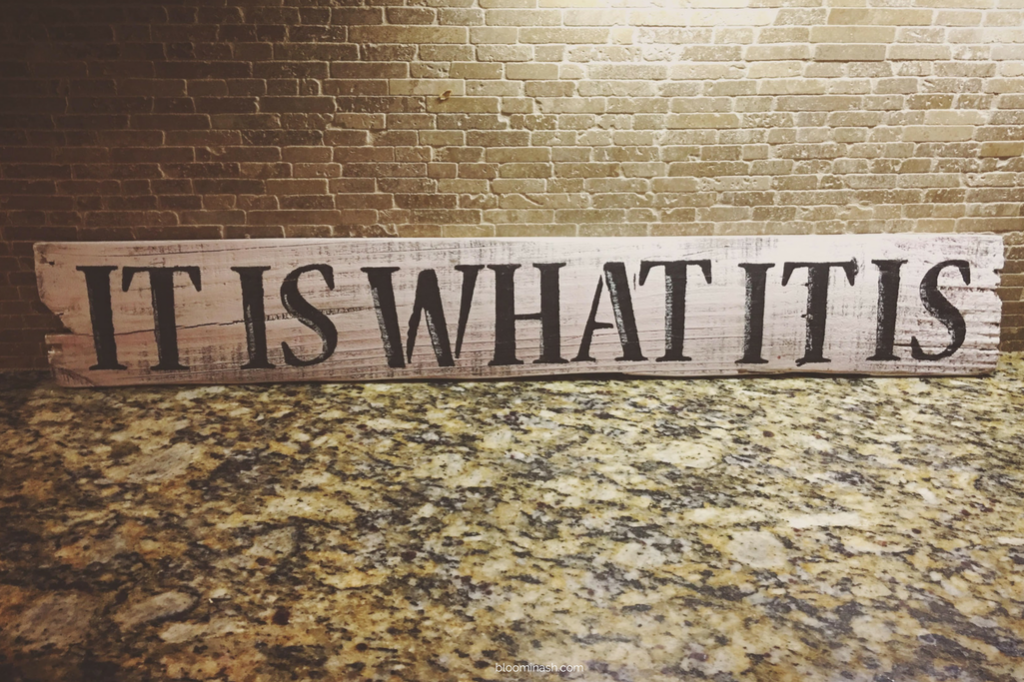 I’m not going to try and wrap this up in a pretty bow. When the initial high of sobriety fades, life is still life. Sometimes, that life is amazing and shiny and wonderful. Sometimes, it’s dark and lonely and scary. Other times, most times for me, it’s a mix of the two.

And that’s ok, for today.

Hopefully it can be enough for you, too.

When You Miss the Anticipation of the Drink
What Does It Mean to “Never Question the Decision”?
Dear Self: Read This When You Want a Drink