“Mom, Do You Still Want to Drink Sometimes?”

“How long have you been sober, Mom?”

It’s a little weird to hear that from a child’s mouth, but that’s my world now. 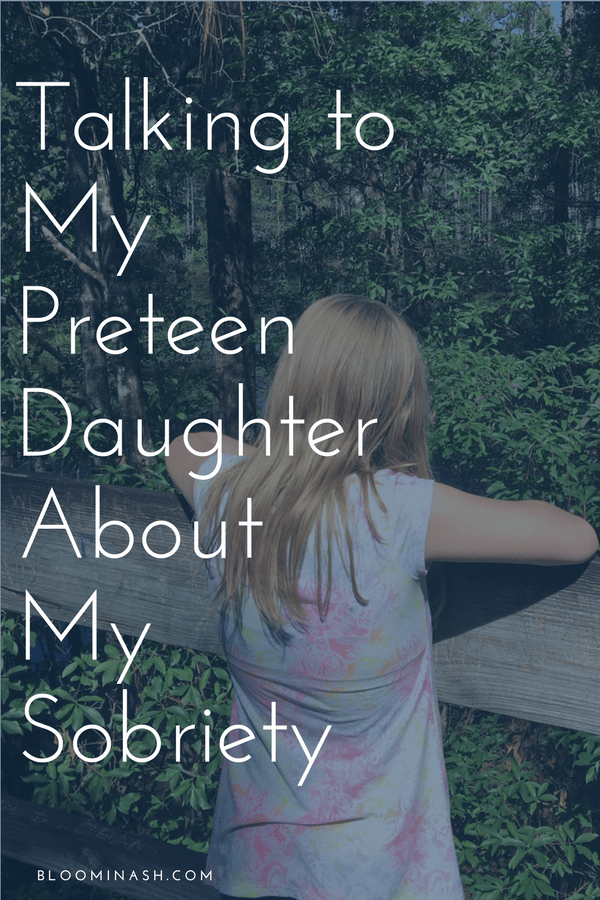 My oldest daughter is 11 years old. She’s never seen me drunk, and doesn’t remember seeing me drink any alcohol, but she’s been affected. I don’t say this to shame or pile on the “mom guilt”, but just like it affects my children if I am stressed, depressed, or anxious, it affects them if I am numbing or running away from my problems.

“Pfft, I’m not like those moms! I’m real!“ I’d proclaim as I poured myself another glass of liquor.

Because apparently that’s the difference between a real mom and a fake mom – the “real mom” has no problem drinking in front of her kids, or drinking instead of cooking, or drinking in general. Alcohol promised to soothe all manner of insecurities, and my big insecurity was motherhood.

When I look back at the early years of motherhood, I do remember a lot of good things. I did the baking, and the crafts,and the field trips. There are many photos and videos of us giggling and playing together. This is not a story where I sat alone in my room drinking while my kids fended for themselves. That wasn’t my story. I was a “normal mom”, I thought.

Rather than dial back on the commitments and focus on what was important to me, I drank to deal with the pressure.

In hindsight, that was stupid. It didn’t even take away the pressure. The pressure was still there, and worse every day.

My oldest is 11 years old, as I mentioned. By this time, I’m certain she would have seen me drunk. I might have let her have a sip of wine, in the name of “teaching moderation”. You see, I’d never sipped alcohol as a child. I never saw my parents drink, or get drunk. I don’t even remember seeing them drink a beer, ever. Surely that was why I grew up with such a black-and-white view of alcohol, right? Surely if my parents had modeled normal drinking, I would have grown up “normal”?

(Nope. Not even a little bit true.)

Today, my preteen knows what sober means, and why I choose it.

She also knows that alcohol abuse was a major factor in my divorce.

I didn’t plan on talking about that with her much until she was a bit older. Somebody thought it would be best for her to know the “truth” about me, and they gave their version of it. As a result, I got the opportunity to address my drinking – and the mistakes I made during my worst times – a lot earlier than planned.

At the time, I was upset. Now, I’m grateful. We’ve had some very good conversations about alcohol, what it is and what it isn’t, and other conversations that I just don’t think would have made much of an impact if I’d randomly brought it up.

In our home, drinking – or not drinking – is not a moral issue. My husband drinks very moderately, but we don’t keep it in our home. Relatives have brought their own alcohol over from time to time while visiting. It doesn’t bother me as long as it doesn’t hang around and leaves when they do. Sometimes a stray beer or wine bottle will be left, and I won’t even notice it until Jay gets rid of it.

A few nights ago, she asked me those questions about how long I’d been sober, and if I still wanted alcohol sometimes. I answered both honestly.

“I’ve been sober for 2.5 years. Yes, I still want alcohol sometimes. I might always want it sometimes, I don’t know.”

“Have you wanted it recently?”

So far, the desire to drink has not completely lifted from my mind. Maybe it will one day, but right now I work with what I have. Yes, sometimes I want to drink, but that doesn’t mean that I choose to drink. She’s been to a few open meetings with me (at her request), and she knows that I work a program. 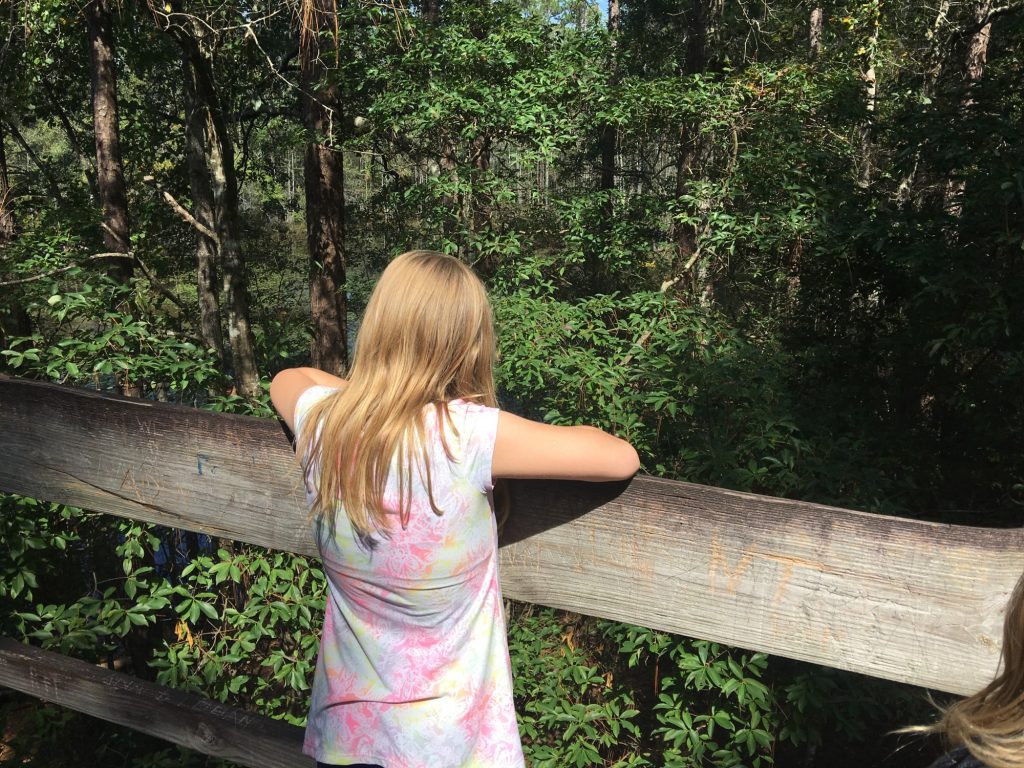 Talking about alcohol and drug addiction with kids can be weird and difficult, especially when it’s your own.

For me, I find that age-appropriate honesty is always the best policy. I don’t pretend to be ok when I’m not ok. The teaching moments go far, far beyond talking about actual alcohol. We talk about emotions, facing problems head-on rather than running from them, being honest with yourself and others, and taking care of yourself.

Listen to your body. Listen to your feelings. Don’t be governed by emotion, but don’t completely shut it out, either. There’s a balance.

The balance is elusive. I don’t expect to ever find that equilibrium, but I keep trying. “We claim spiritual progress rather than spiritual perfection,” indeed.

She burst into tears not long ago when a particular song came on the radio. Instantly, she started sobbing. “I don’t even know why I’m crying!” she wailed, “This used to be C’s favorite song and we played it all the time, but I don’t know why that’s making me cry!”

I patted her on the back as she cried. “Well, you are your mother’s daughter. It’s ok. Just cry.”

You Don’t Have to Be Perfect. Be Present.

Win at Parenting: Tell Shame to Suck It

!
!
Count me in!
Something went wrong. Please check your entries and try again.
Posted in Parenting