It’s Ok To Just Keep Showing Up This Year

My biggest achievement in 2017 is that I stayed sober for each of the past 365 days.

I’m not one to knock New Year’s resolutions or goals. Anything that kickstarts a healthy improvement is a win in my book, and New Year’s Day is no different. However, as I reflected back on 2017, I realized something: I didn’t accomplish anything major in 2017.

Don’t get me wrong: I’ve learned some great lessons. But I didn’t make any major life changes or reach a big goal (beyond sobriety, which is pretty big on its own, but still).

This may seem like a small thing, but for me it’s unusual. Every year for quite a while, I’ve had some kind of major change going on. I’ve had children, paid off debt, separated and divorced, remarried, moved multiple times, lost weight on purpose, gotten different certifications (personal and professional), in no particular order, but you get the idea. Every year for at least the last 5+ years, something major has happened in my life.

This past year, that wasn’t the case. That doesn’t mean that nothing really happened in 2017. On the contrary, a lot of really intense crap happened this year, but I think that’s just life for a while. Contempt hearings, CPS interviews, family drama, and other emotional situations made up a lot of 2017.

I mostly hunkered down, survived, and stayed sober. Whew. 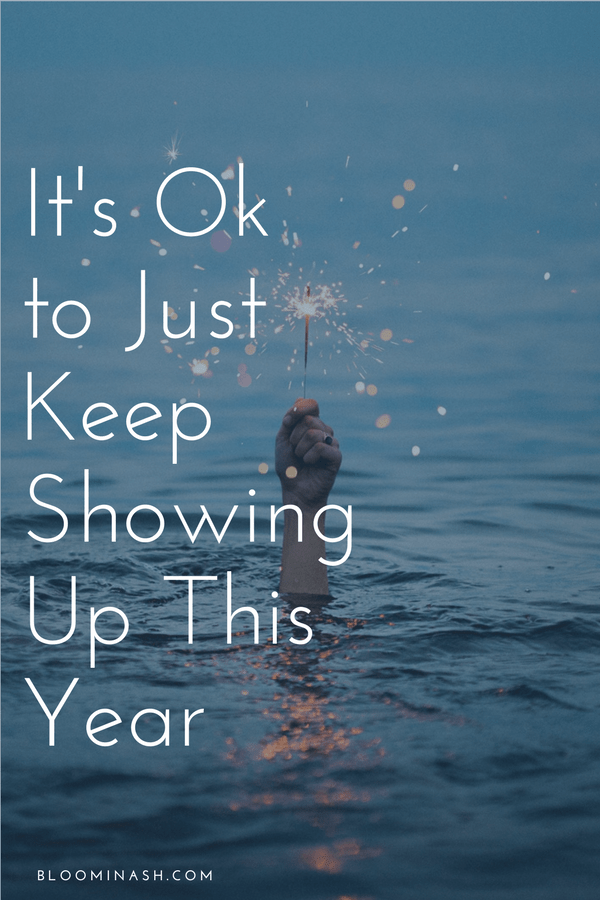 There were good times too, of course. I started this blog, for one thing. I didn’t have an official “welcome to my blog!” post or anything, I just started writing. Technically, I started this blog in 2016, but I made a bunch of those posts private and started over at the end of 2016. My first real post was about dealing with holiday separation anxiety from my kids.

Other highlights in 2017 include buying my Jayco Jayflight travel trailer, traveling to Colorado (including a trip up Pike’s Peak on the Harley!), and my sister’s wedding. As far as major life changes though, it all stayed about the same. I didn’t lose a bunch of weight, although I did gain around 10 lbs I think. We stayed in our home, which is kind of a big deal for me after moving every year for the past 3 years. I’m still sober, no relapses to report, thank God. All good, right?

Everything doesn’t have to be some monumental life change.

Duh, I know. For me though, life tends to be all or nothing. I’m rather extreme most of the time, so I’m either all in, or I’m all out. I’m either conquering the world, or I’m staying in my PJs for days on end. It’s difficult for me to find the middle ground, but I think I’m a lot closer than I used to be.

This past year, I managed to keep showing up. For the first time, I kept up with a blog consistently for an entire year. I’ve started a few blogs over the years, but this time I didn’t give up, even when I didn’t know what to write about or what the point of all of this was. I do hope to make a living through my writing in some way, whether it’s through a blog or book or something, but that wasn’t my goal this year. My goal was to just keep writing and finding my voice. Keep showing up. Keep it simple.

We just have to keep showing up.

Some months and weeks and days were very, very tough. I’m amazed that I made it through this year with my sobriety intact, to be fully honest. It was touch and go there at times, but I finally learned that being a dry drunk really sucks. Even when I was a “dry drunk” though, I stubbornly refused to drink over it, and I’m proud of myself and thankful to God for that.

2017 taught me that I can make it through hard times, and there is a light at the end of each tunnel no matter how long and dark that tunnel is.

As I write this, the fog has cleared and I’m feeling pretty solid and happy in my sobriety and life. The sun does come back out, if I can just hold on long enough. It’s been a lot better for about a month now.

Sometimes I wonder how these posts and concepts sound to people who might not be in recovery, or don’t really “get” it. “Just survive! Just keep showing up!” Like that’s all I do, ever. Well, sometimes it is. That’s ok. Other times, I kick ass and take names. It’s a balance, ya know.

I plan to tackle this year with the same old “one day at a time” mentality that’s brought me this far. Cheers!

Psst: if you’re the journaling type, or plan to be, check out The Sober Journal from my friend Michael Gallardo!

How I Stayed Sober for The First 30 Days

Sometimes It’s All We Can Do

!
!
Count me in!
Something went wrong. Please check your entries and try again.
Posted in Growth & Goals, Recovery