Going Quiet In A Noisy World

I’ve been off social media for about a week now. There’s nothing new or groundbreaking about taking a break from particular apps. I’ve done it a few times, many others have done it, especially during Lent or for New Year’s Resolutions and the like.

This time though, it feels different somehow. I honestly don’t miss it. That’s new.

Maybe I was genuinely burned out, I don’t know. I do miss knowing what’s going on in some people’s lives, I do miss my friends that I mostly connected with on social media, but it’s not forever so I’ll get back there in some capacity. It’s not like they’re gone forever.

Facebook and Instagram are my two online drugs of choice, as far as social media and general time-wasting was concerned. The Endless Scroll. I got tired, I needed a break, so I took one. Nothing brave or earth-shattering there.

What is different this time is that I think I might just stay gone, or at least it will probably seem that way. I’ve resolved to stay off social media for at least a month, to give myself time to really adjust and get a few things in order that I was ignoring while mindlessly scrolling. After that, I’ll reintroduce some of it in a limited capacity. Mainly, I think I’ll stay off Facebook. The only thing I really want to be able to do regularly these days is share photos, and see photos.

Everything else pretty much can be handled directly, such as checking in with family and friends. When I want to write longer notes and thoughts, I have this blog for the public stuff, and my LiveJournal for more personal things. There are many ways to write and create and share without using tools that give me more stress and irritation than enjoyment.

It’s hard (at first) to go quiet in a noisy world, though. At least, it is for me. Every time I do this, I feel a vague sense of missing out. I’m missing cute baby pictures, milestones, announcements. It is what it is.

I set up Feedly for following a few blogs, news sites, tech sites, and such that I still want to keep up with, but without all the noise. It’s been a big help, I’m not totally disconnected from the world and I don’t get derailed with random posts and clickbait.

I do know this: I already feel calmer and better, and that speaks volumes for me. I’m falling asleep pretty quickly, and waking up rested. I’ve started back to running and strength training again. Overall, I feel good. There’s more to this than dropping social media, but it’s a big part.

Overall, I highly recommend this experiment so far. A+. 10/10, would do again. Still doing now, as a matter of fact.

Another recommendation: Brittany Runs a Marathon. Loved the movie. Highly recommend. I laughed and cried, and it inspired me to keep running a little more, a day at a time.

Enjoy this caterpillar picture I took this week while on a run. Life is good, y’all. 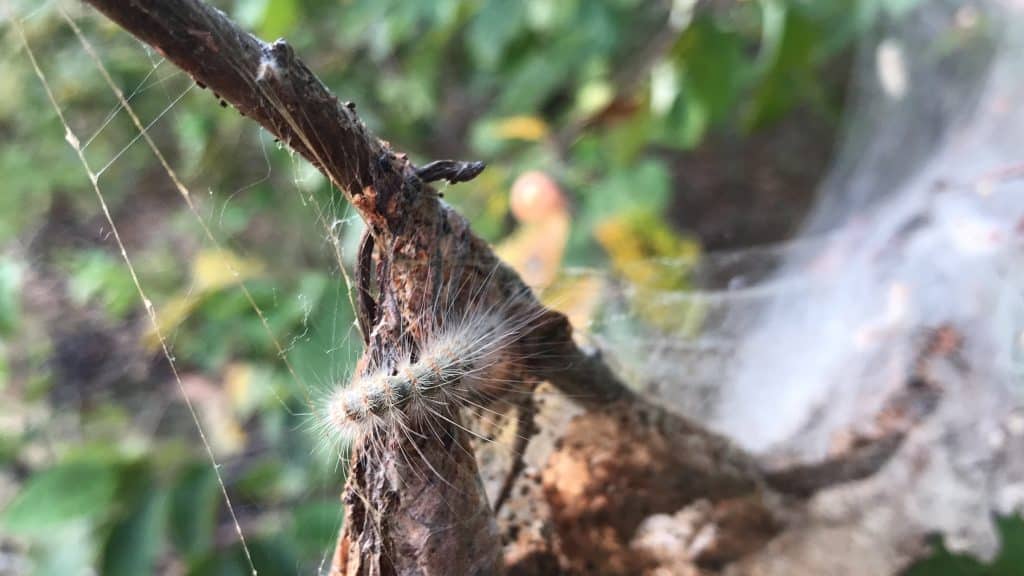 !
!
Count me in!
Something went wrong. Please check your entries and try again.
Posted in Mental Health, Physical Health