Anxiety is a funny thing.

Sometimes it looks like anger, overthinking, people pleasing, or codependency.

“Don’t say hi to that stranger, you could die,” isn’t quite the same, is it? No, that doesn’t make sense. 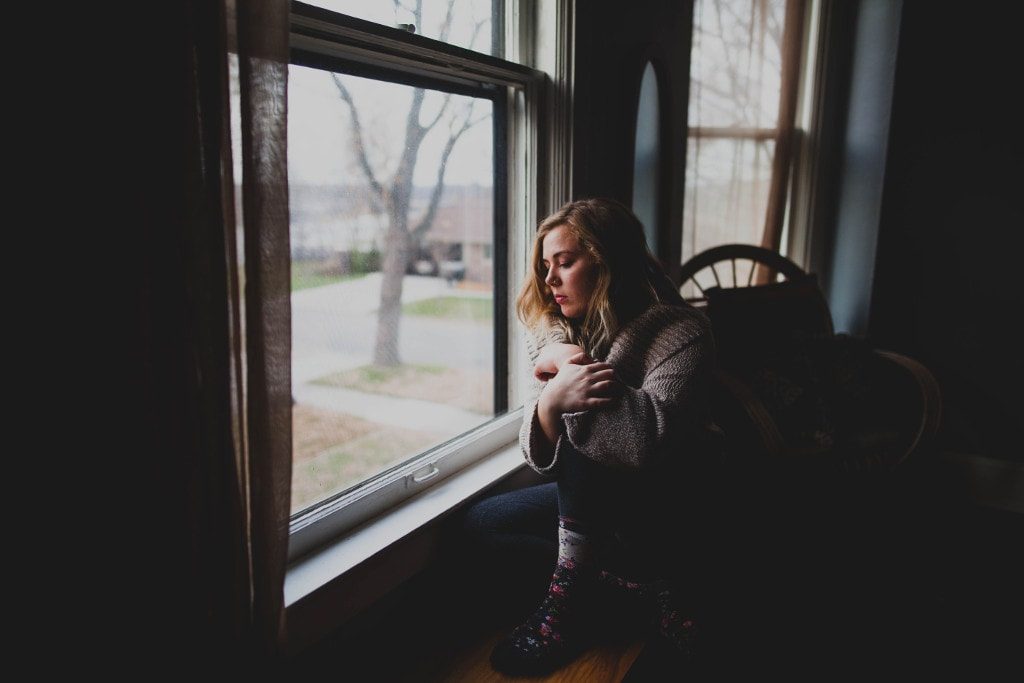 My fight or flight mechanism is completely broken most of the time. I recently heard from a counselor friend of mine that it’s actually “fight, flight, or freeze,” not just fight or flight. Oh. Duh. Freezing and flying from a scary situation is my usual go-to. I only fight if I have no other option, or I’m feeling particularly aggressive that day.

I can trace nearly all of my irritability, anxiety, and anger back to the foundational fear of not being ok.

When Jay and I have a serious argument, our instincts and reactions often flare up from past trauma. We’ve both been in abusive relationships in the past, and we still carry those defense mechanisms. Although we don’t do this on purpose, we realized not long into our relationship that whenever we argue, we usually stay on opposite sides of the room. All exits are clear, nobody is boxed in. We don’t scream across the room or anything, it’s just a defense mechanism Arguing in a car? Oh, hell no. It can wait.

The baggage that we bring out of traumatic situations is real.

It goes deeper than being physically ok. “Will I be ok” extends to the safety of having a roof over my head, food in the pantry and refrigerator, a few dollars in the bank account, and on and on and on. No matter what I have, without God’s peace and security, it never feels like enough. Not enough to be “ok”, whatever that means.

A couple years ago, I’d lost almost everything. My marriage, income, physical custody of my children, my reputation, my savings, my self-respect, my confidence, my relationship with God, and on and on.

The fact that I’m still alive and kicking doesn’t mean that I’ve somehow figured out how to survive everything. There are far, far better people than me who are no longer with us. I don’t know what it means, except that I’m not done yet. I’m still here for something.

3 actions that help me overcome fear: 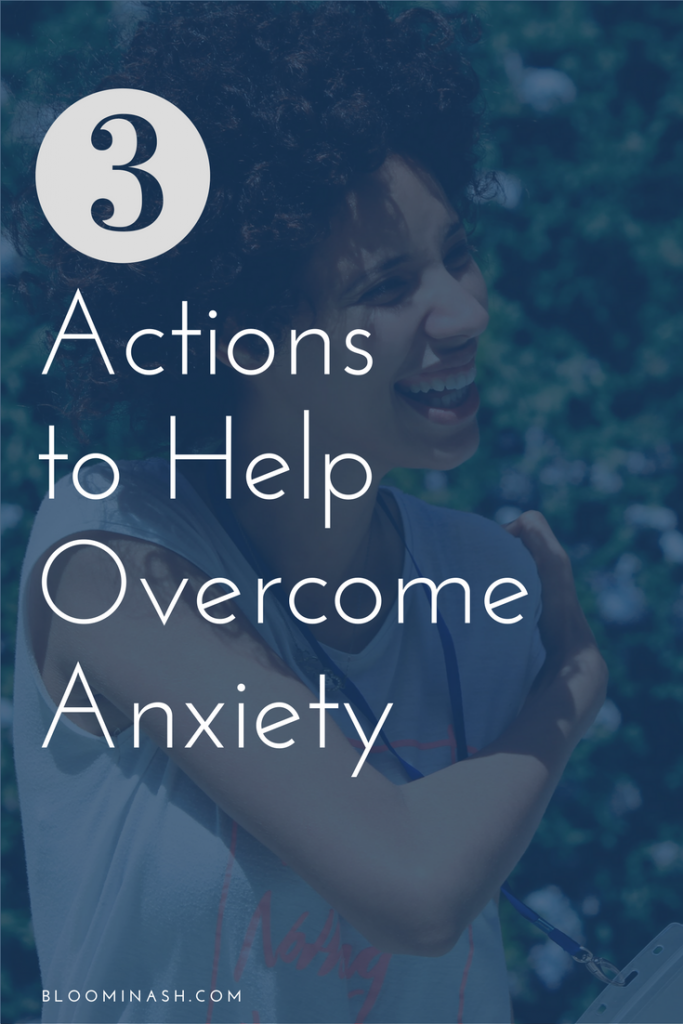 If I can identify what I’m worried about, it helps to think to the very worst case scenario. Example: funds are tight. What’s the worst that could happen, realistically speaking? Well, the electricity could be cut off. Ok. What can I do about that? Maybe I can sell this item, shuffle this bill, call and ask for an extension until payday.

Maybe I’m afraid of arguing with somebody. I loathe confrontation. What’s the worst that could happen? They could yell at me or embarrass me. They could hate me forever. Ok, is that really all that bad? Will it physically harm me or my family? Nope.

It really helps me to put each fear into perspective, especially next to everything that I’ve already been through. If there really is something that I need to do to protect myself or take action in some other way, I make a plan to do that.

2) Put one foot in front of the other, aka “Just do the next right thing.”

My next tattoo will probably be “One Day At A Time”. That saying, even down to “one moment at a time” has saved me more than once. Instead of freezing, I take a step. Then I take another step. I might have to fight, and that’s where boundaries and support are really helpful.

We can always take one more step, even when we’re afraid. 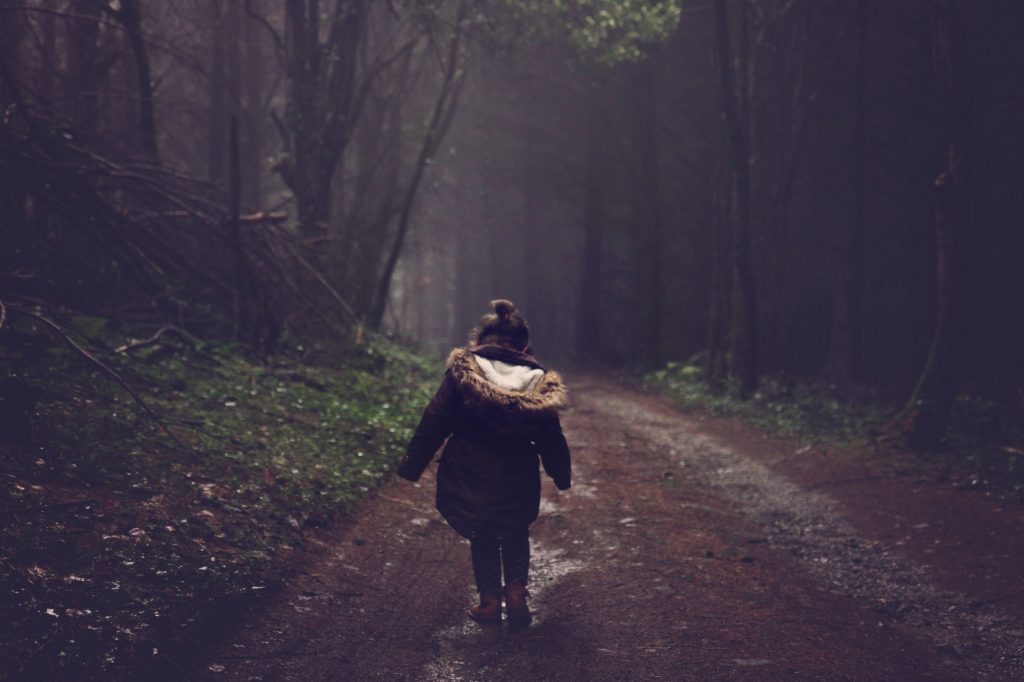 When I filed for emergency custody 2 years ago, the fight/flight/freeze issue was in full effect. If I hadn’t had support and a lot of conviction to simply take the next step, I would have frozen and given up. I’d just gotten sober, so running to a bottle of rum or a case of cider wasn’t an option. I couldn’t flee, my kids needed me, but I couldn’t freeze. My kids needed me.

I had to fight, and I did not feel like a fighter.

Fighting was not, is not, my thing. When your kids need you, and you’re finally sober long enough to realize that, it changes things. The whole process to full custody took a year and a half. I stayed sober.

When I’m not in the habit, prayer is the last thought in my mind. I’m getting in the habit.

The other day, I was driving down the road with a knot of anxiety in my chest. I realized that I should probably pray about it, but I didn’t feel like praying. Like, at all. I had to do something though, so I just whispered, “God please help me,” repeatedly. I didn’t feel a magical sense of relief, but I did feel like I was doing all I could do and the rest was up to God. That’s all that mattered at the time.

I did feel relief. It wasn’t immediate, but it did come.

The Serenity Prayer is another go-to if I just can’t think of much else to pray in the moment. This works for all religions and belief systems. 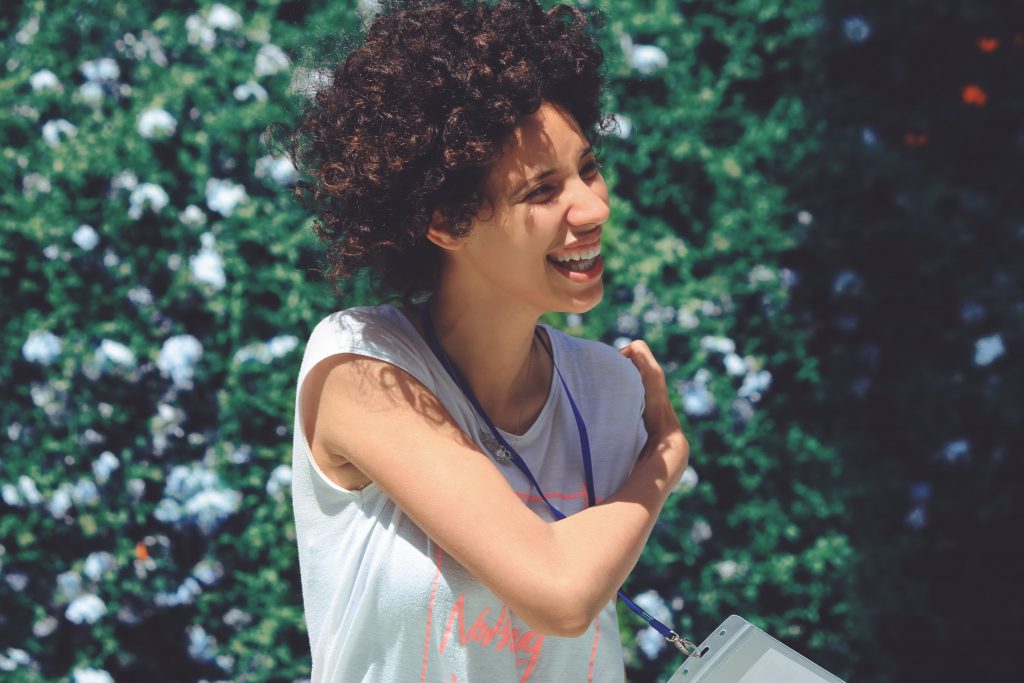 None of these are quick fixes. If I do feel immediate relief, I’m thankful, but I try not to expect it. They are the actions that give me the best results over time though. That’s the most important thing (to me).

I’m working on a list of all the other tools and tips for dealing with anxiety. Many are from my own experience, and I’m also compiling suggestions from others. That will be going out to my email list as soon as it’s complete. There are so many great ideas, I can’t wait to share them.

Anxiety Is a Big, Stupid, Ugly Liar
Getting Sober: My First 30 Days

!
!
Count me in!
Something went wrong. Please check your entries and try again.
Posted in Anxiety